It depends on what the meaning of is is 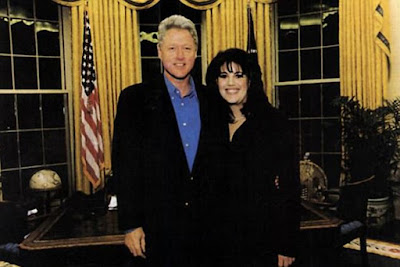 Former President Bill Clinton famously said "it depends on what the meaning of 'is' is.  Republicans were appalled by Clinton's lawyer-speak, after all, words have meanings and to play games with words are not what the "strict constructionists" believe.

Republicans are big fans of strict constructionism.  They say time and time again that Judges should not "make law," but should interpret the law as it was written.  Look to the statute and don't pull a Bill Clinton "is is." Strict constructionists look at the literal meaning of the words in question, or at their historical meaning at the time the law was written. Congress' demand to see President Donald Trump's taxes are grounded in an unambiguous statute which empowers them to do so.

Tax information is generally between the IRS and the individual.  There are a few exceptions to this general rule.  States, for example, can access your federal tax information if they deem it necessary to reconcile the information you sent your state versus what you sent the Feds,  Congress (the Ways and Means Committee in particular) has the power under a 1924 law to get tax returns and related tax information on any American if they ask for it.  This is an absolute rule.  Congress need not state a reason.

The 1924 law states, "Any committee (such as the Ways and Means Committee) shall have the authority ... to inspect returns and return information at such time and in such manner as may be determined by such chairman..."  This provision applies to anyone who files taxes, and the origins of this law had its impetus in scandals under the President Warren Harding administration.  Congress did not have the power to get tax returns prior to the 1924 law, so Congress granted themselves the power.

Why we need to see the tax returns

Congress needs to see Trump's tax returns for one simple reason --- we need to know if his business interests conflict with the interests of the American people.  If we don't know the exact extent of Trump's financial interests, we cannot know for sure whether Trump is acting in the best interests of the American people or in his own best financial interests.  Trump either does not understand this or doesn't care.  In either case, that's conduct inconsistent with the job of leader of the free world.

We do have precedent and a perfect example of what full disclosure looks like.  In 1974, President Gerald Ford (himself appointed to the job of Vice President) appointed a man whose name is synonymous with wealth --- Nelson Rockefeller.

Did Rockefeller give Congress the middle finger?  No, that was a couple years later and not directed at Congress.  Rockefeller engaged in a procedure foreign to Trump.  It's called "full disclosure." Rockefeller submitted himself to months of Congressional inquiry.  He was nominated by Ford on August 20, 1974, and was not finally approved by the Senate until almost four months later on December 10, 1974,

We need to know the exact extent of Trump's financial interests, and the fact that he won the 2016 Presidential election does not mean this issue has been already litigated.  The Republican Congress woefully neglected their oversight duties in 2017 and 2018 by not asking for the financial information.

Congress is a co-equal branch of government, and in fact, it can be argued that the Founding Fathers actually believed that Congress was more important than the other two branches.  Congress' powers and duties are addressed in Article One, the President in Article Two, and the Judiciary in Article Three.  The Founding Fathers were afraid of any branch having too much power.  Each branch was directed to "keep an eye" on the other.

As outlined in the Federalist Papers (No. 51), James Madison explained that "the biggest threats to the government of the United States would be the ability of one governing branch to obtain too much power over another..."